Be the first to review this product
As low as $498.50
In stock
SKU
MED1310
Buy Sofosvel (Sofosvel, Sofosbuvir+Velpatasvir) from Online Drug Pharmacy at best prices in USA, which is used in the treatment of Chronic Hepatitis C (HCV). 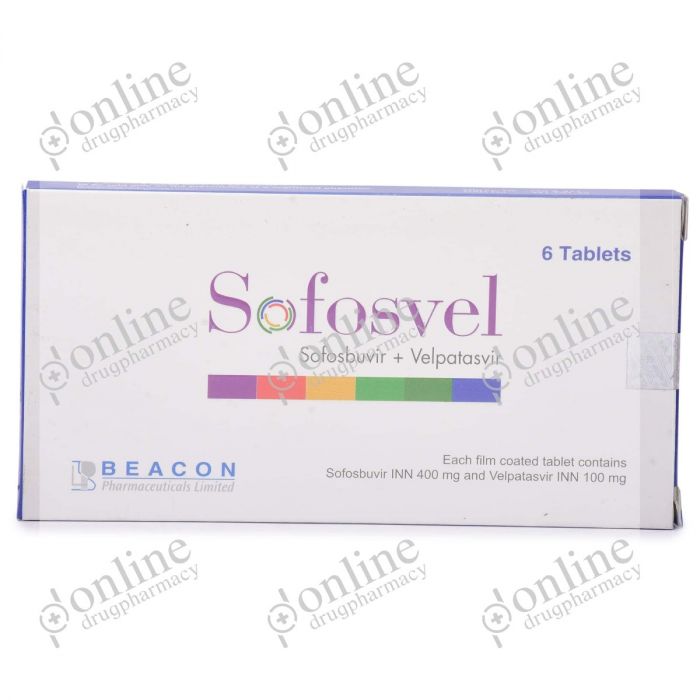 The equivalent US brands available for Sofosvel are:

What is The Generic Name of Sofosvel?

Sofosbuvir + Velpatasvir is the generic name of the Sofosvel tablet, and it is produced by Beacon Pharmaceuticals, Bangladesh.

Sofosvel is manufactured by Beacon Pharmaceuticals in Bangladesh and is available at all the leading online pharmacies, drugstores, and medical stores. It is one of the leading brands in India.

It is used in treatment and prevention of:

Beacon Pharmaceuticals in Bangladesh manufacture Sofosvel, and it is available at all the leading online pharmacies, drug stores, and medical stores. It is one of the leading pharmaceutical brands in India.

Sofosvel (Sofosbuvir+Velpatasvir) Is Used For The Treatment And Prevention Of:

Sofosvel works or is beneficial as follows-

One should avoid using Sofosvel-

Tell Your Doctor If-

Sofosvel must be used in the range which is suitable according to the person’s health. It is available in the form of tablets.

One should take Sofosvel as long as directed by the physician.

What Can Happen Due To The Overdose Of Sofosvel (Sofosbuvir+Velpatasvir)?

Due to an overdose of Sofosvel, Blurred vision and Seizures can occur.

Contact the doctor immediately if such things happen in case of an overdose.

Take the missed dose as soon as you recall it. If it is nearly close to the time of the next dose, skip the missed dose. Do not take two doses at the same time or extra doses.

The side effects of Sofosvel are as follows:

If you are taking some drugs or other over the counter medicines, these may interfere with the therapeutic effect of Sofosvel. Some of the drugs that are known to interact with Sofosvel are as follows:

Sofosvel is prescribed by the doctor to treat Hepatitis C.

Consult a doctor for the dosage information of Sofosvel.

To get the result, one can use Sofosvel, one tablet orally once a day.

This is not a substitution for any medical advice, so it will be better to contact the doctor for the appropriate dose according to the health condition.